The importance of meat to the American diet and many other food traditions granted the butcher, or meat cutter, an important position in communities in the first half of the twentieth century.

Customers often chose a market based on the butcher who could cut, grind, or trim the meat most skillfully for traditional recipes, whether Lebanese kibbeh or French Canadian tourtiere; make the most savory sausage; or grind the most flavorful hamburger.

When a customer asked for a cut of meat, the butcher hauled the large side out of a cooler and prepared it in front of the customer, thereby guaranteeing its freshness. Given the importance of this service to the success of the market, the butcher was often the proprietor.

By the advent of the supermarket in the 1940s, long meat cases with pre-cut meat and self-service aisles with prepackaged meat began to replace the independent butcher.

Neighbors purchased the cuts of meat central to French Canadian cuisine at Danis’s Cash Market in the Lakeside neighborhood. Arthur Danis opened the market in 1926, where his brother Donat was the butcher. Donat rose early each day, polished his shoes, and put on a white shirt before making his way to the market, where he opened the store and donned his white apron.

Donat cleaned the meat from pig’s heads for head cheese, a jellied cold cut (below, left); made boudin, or blood sausage; and ground the meat for tourtieres, or meat pie, and the ever popular hamburger. During hunting season, he dressed the venison for customers. In winter, his wife Beatrice made tourtieres to sell in the store.

Making Tourtieres for the Holidays

Customers said George D. “Georgie” George ground the leanest, freshest beef for kibbeh, a  Lebanese dish traditionally eaten raw. Only his hospitality rivaled his meat cutting skills. He was a jovial man who loved to chat and joke with his customers, young and old alike.

Kieslich’s Market, located in the heart of the German community, was renowned for its vast selection of meat. Homemade sausage, head cheese, and corned beef headlined a dizzying array of cuts of beef, pork, veal, and lamb. Summer visitors would stock up on meats before heading home at the end of the season.

JV wore woven butcher cuffs to protect his forearms while cutting meat. The cuffs slid on to fit between the wrist and elbow. His son Albert wore them as well, fabricated of leather in later years. 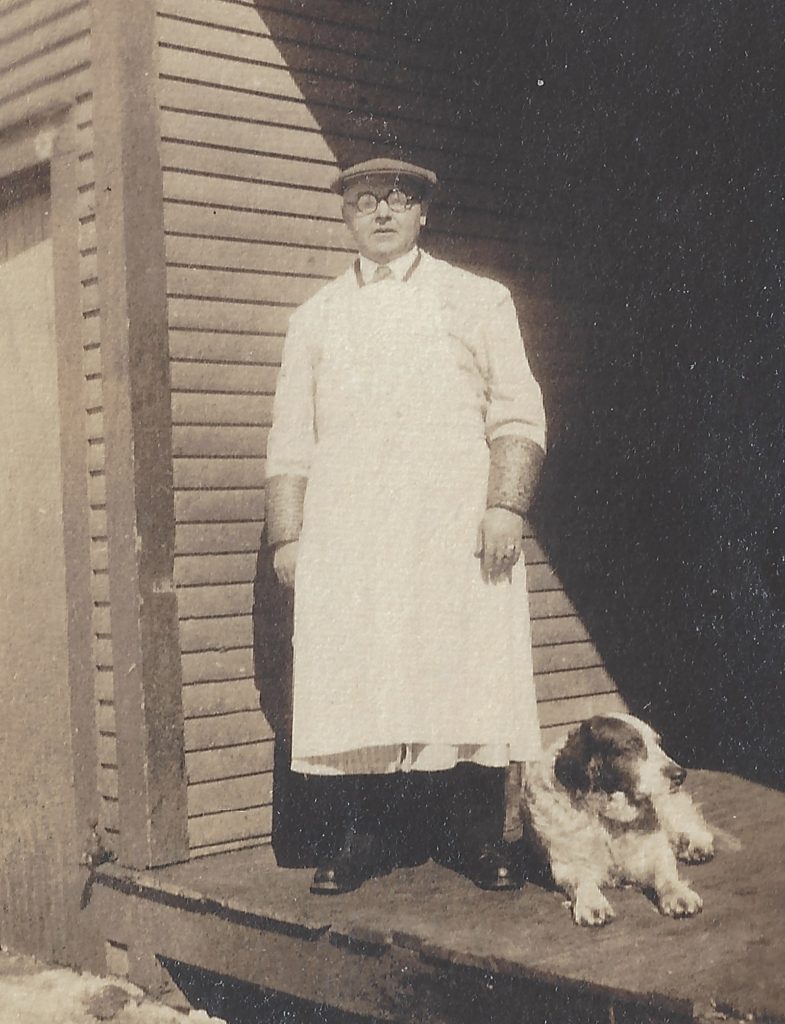 Albert’s daughter, Marie, never developed a taste for McKenzie Pickled Polish Sausage, which sat in a jar on the counter for customers hungry for a quick snack. 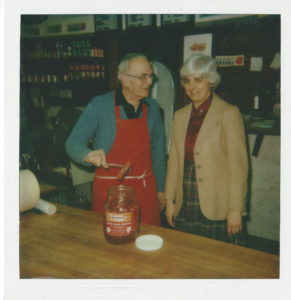 The market distributed fliers, created by Albert Kieslich, who managed the store after his father, JV, died. Printed on colored paper, they featured one of the market’s mottos at the top and whimsical drawings interspersed with weekly specials.  Meat specials occupied close to half of each flier, with local or “native” products and national brands the rest. 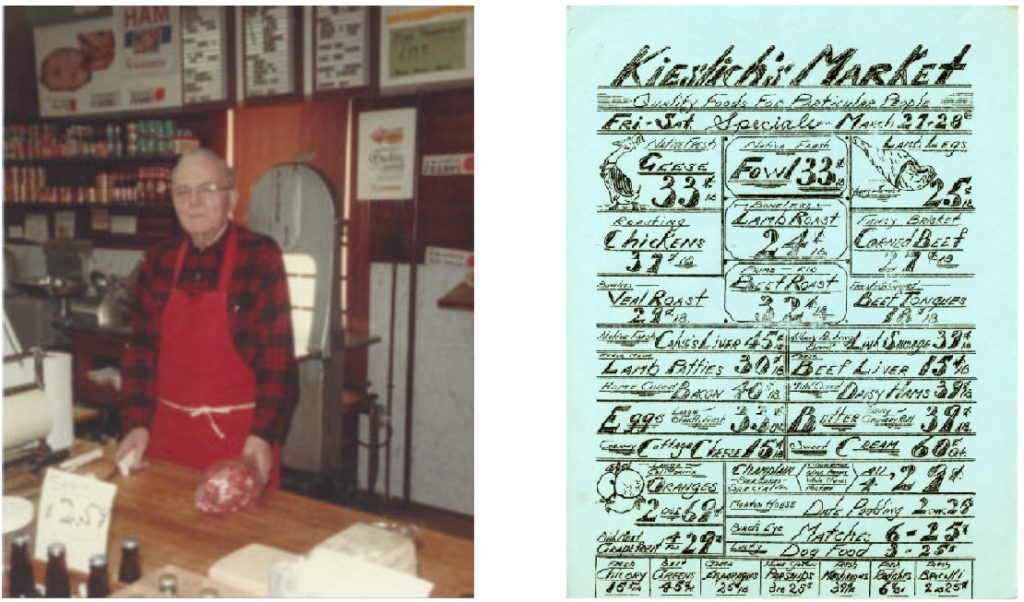 Butchering was not for the faint of heart or the physically weak. Larry Roy, whose father, Emile, operated Roy’s Market in Winooski, recalls the physical toll that butchering took on his father. As Emile grew older, the salesmen who delivered would stay to break down the large sides of meat, leaving the fine work for him. Even the pastor of St. Stephen Catholic Church, who loved to cook, frequently helped Emile cut meat.