Barnet Rome immigrated to the United States from Kovno, Russia (today Kaunas, Lithuania) in 1905. He joined two brothers already settled in what became known as Little Jerusalem, a vibrant neighborhood in Burlington, where Jewish immigrants recreated the intimate life of the shtetl complete with kosher bakeries, meat markets and groceries, synagogues, dry goods stores, tailors, and other services. 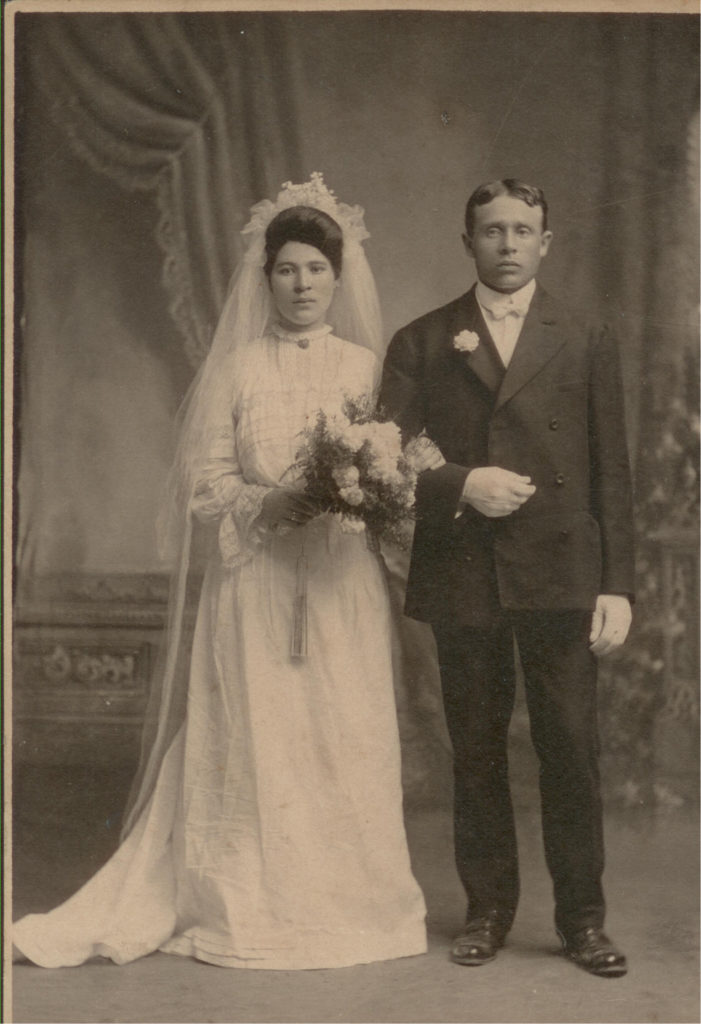 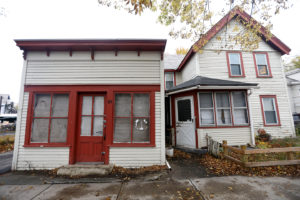 In 1906, Barnet married Lena Mollie Epstein, also from Russia, whom he was introduced to in Boston, where Lena worked as a domestic. Barnet worked at the American Woolen Company in Winooski until a serious workplace injury disabled him. In 1912, the couple opened a market in a tiny storefront at 133 Intervale Avenue attached to their house.

Ten years later Barnet constructed a spacious building at 68 Archibald Street where the family lived in a first-floor apartment behind the store and rented out other apartments on the second floor. It was a traditional neighborhood grocery selling staples but no fresh produce. In his later years, Barnet sat in an easy chair by the door to the rear apartment, rising to tally customer purchases. Next to the chair was a freezer filled with ice cream, which he would dispense to his delighted grandchildren on their visits. The family has never succeeded in replicating Barnet’s  recipe for “killer pickles,” sold from a barrel in the store. 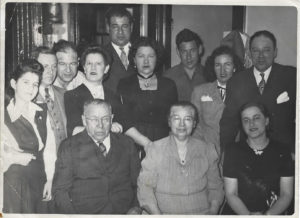 Lena and Barnet Rome (center) with their family. Morris Rome, who assumed ownership of the market, is in the back row, second from left.

Barnet and Lena’s five children worked in the store. The four sons—Louis, Joseph, Sam, and Morris—also delivered newspapers, passing the route down from one to the next. Morris Rome delivered around the neighborhood and sold papers on the docks to arriving ferry passengers, earning about $20 a week. 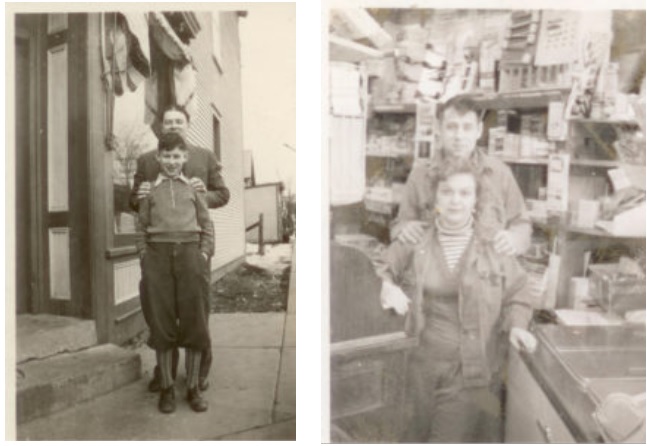 When Morris returned from service in World War II, he assumed management of the store in partnership with his wife, Shirley Harre Rome, and later purchased it from his father. Their two children, Judy and Lee, worked the cash register, marked prices, and stocked shelves. When the store was busy, Morris would ring a buzzer under the counter and the children would emerge from the rear apartment to help. For many years, the store was open from 8:00 a.m. to 10:00 p.m. seven days a week.

As an elementary school child I needed to stand on a box in order to operate the cash register and conduct transactions.  It was our grandfather’s original cash register, so it was pretty antiquated, and the maximum dollar amount for a single transaction was something like four dollars.  We would have to ring up that number multiple times for larger orders. The store was like a large pantry for us – if we wanted anything, even a late night snack while studying, we just walked into the store and took what we wanted! —Judy Rome Frumoff, daughter of Morris and Shirley Rome

Morris and Shirley committed acts of kindness large and small, whether loaning money to a customer who lost all his family’s Christmas gifts to a fire, rescuing a toddler wandering in the street outside the store, or providing a safe space for struggling teens.

There were three troubled teenage brothers in our neighborhood who were having problems in life and in school.  My mother started talking to each one of them, and she really cared about those boys, so they became very fond of her, where they would stop in and see her after school.  In later years, the oldest brother’s wife was able to locate my mother in Florida for her husband.  He called her several years before she died, they spoke for a long time and he told her what she meant to them.  He called her again before she passed away and those calls thrilled her and meant the world to her.  All three brothers went on to have good, productive lives. —Judy Rome Frumoff, daughter of Morris and Shirley Rome 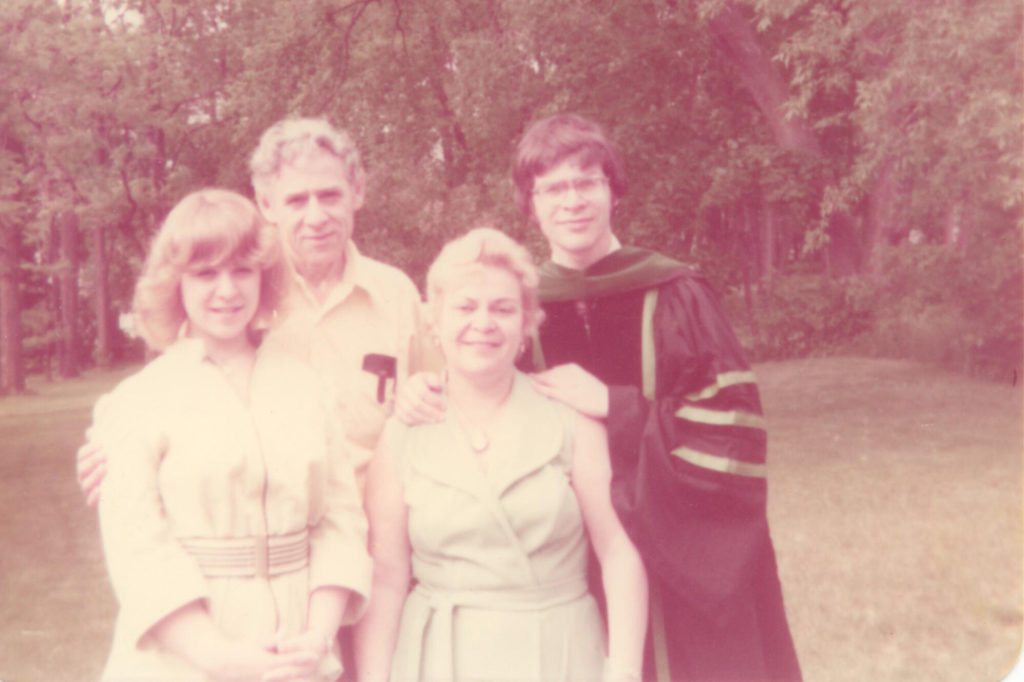 Morris and Shirley with their children Judy and Lee. Morris Rome was proud of how the store put his children through college.