My father wanted to be his own boss…he wanted to show us that we can be independent and work on our own. —Judy McLaurin, current owner and daughter of founders Mildred and John McLaurin

Working for himself was always in the back of John McLaurin’s mind. In 1965, he moved his young family from Queens to Burlington to take a job as the mail order foreman at Maternities, Inc., a division of a New York City-based clothing store. He purchased Rome’s Groceries from Morris and Shirley Rome in 1975.  Morris worked alongside John for several weeks, showing him the ropes. In the early years, his wife, Mildred, managed the store while John held part-time jobs to make ends meet. 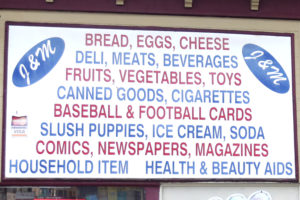 J & M was open seven days a week and holidays, one of the few markets open 365 days a year. The sign that still tops the doorway harkens back to another era, when kids stopped by for slush puppies and ice cream sodas or to buy a pack of baseball cards.  Today customers stop by for beverages, snack items, cigarettes, and conversation.

Life was difficult in a community with few African Americans. The boarded-up store windows are a reminder of the overt racism the family endured. 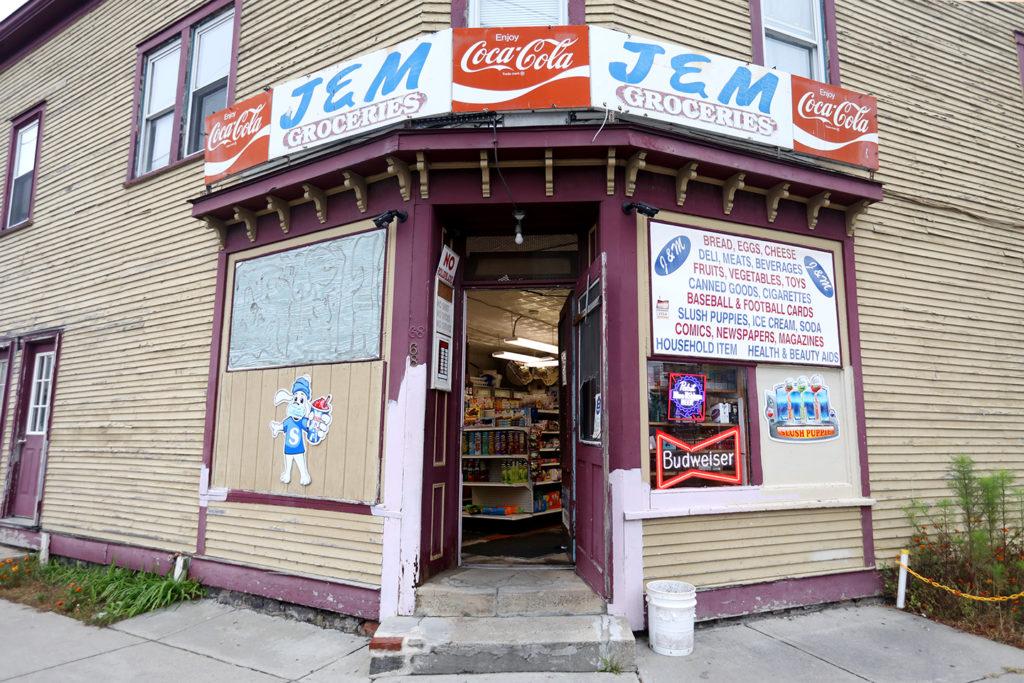