The importance of meat to the American diet and many other food traditions granted the butcher, or meat cutter, an important position in communities in the first half of the twentieth century.

Customers often chose a market based on the butcher who could cut, grind, or trim the meat most skillfully for traditional recipes, whether Lebanese kibbeh or French Canadian tourtiere; make the most savory sausage; or grind the most flavorful hamburger.

When a customer asked for a cut of meat, the butcher hauled the large side out of a cooler and prepared it in front of the customer, thereby guaranteeing its freshness. Given the importance of this service to the success of the market, the butcher was often the proprietor.

By the advent of the supermarket in the 1940s, long meat cases with pre-cut meat and self-service aisles with prepackaged meat began to replace the independent butcher. 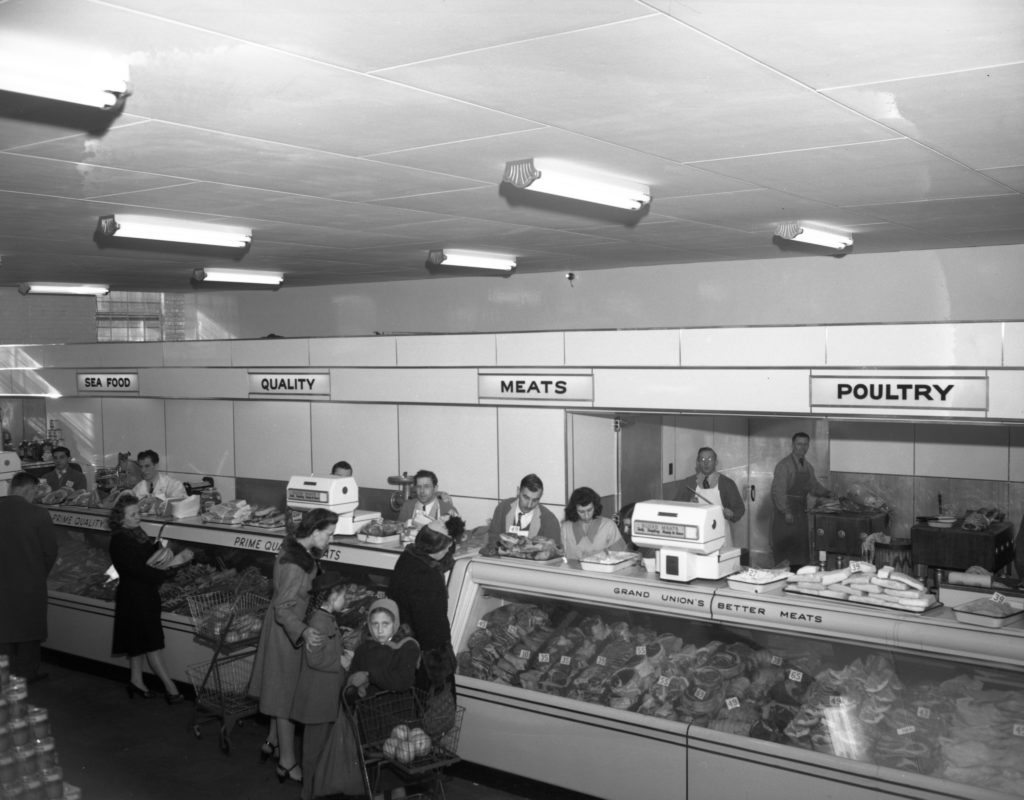