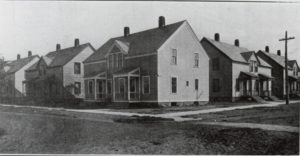 About 600 French Canadians settled in the Lakeside area of Burlington, where the Queen City Cotton Company operated from 1894 to 1940. The company developed a self-contained community of housing and services for its employees.

South of the city center and physically separated by railroad tracks, Lakeside was a tight-knit community dominated by French language and culture. The company produced a promotional booklet, Burlington, Vermont—The Advantages It Offers the Workingman’s Family, to actively recruit families from Canada. It extolled the benefits of living in Lakeside, which offered housing, a nursery, stores, a social hall, a park, and entertainment by its very own baseball team and band. 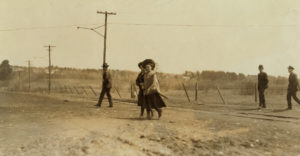 Walking from Lakeside neighborhood at noon, 1909. Courtesy of Library of Congress.

The Mills Across the River

Across the Winooski River to the east of Burlington lay Winooski, a city dominated by mills drawing on waterpower at the falls. Largest of these was the American Woolen Mill, a consolidation of several earlier textile mills. So vast was its operation, it could employ entire families, the majority of them French Canadian. Combined with smaller-scale manufacturing enterprises like the Porter Screen Company and Richards Manufacturing, they defined this mill town. Here, factory shifts set the rhythm of daily life. 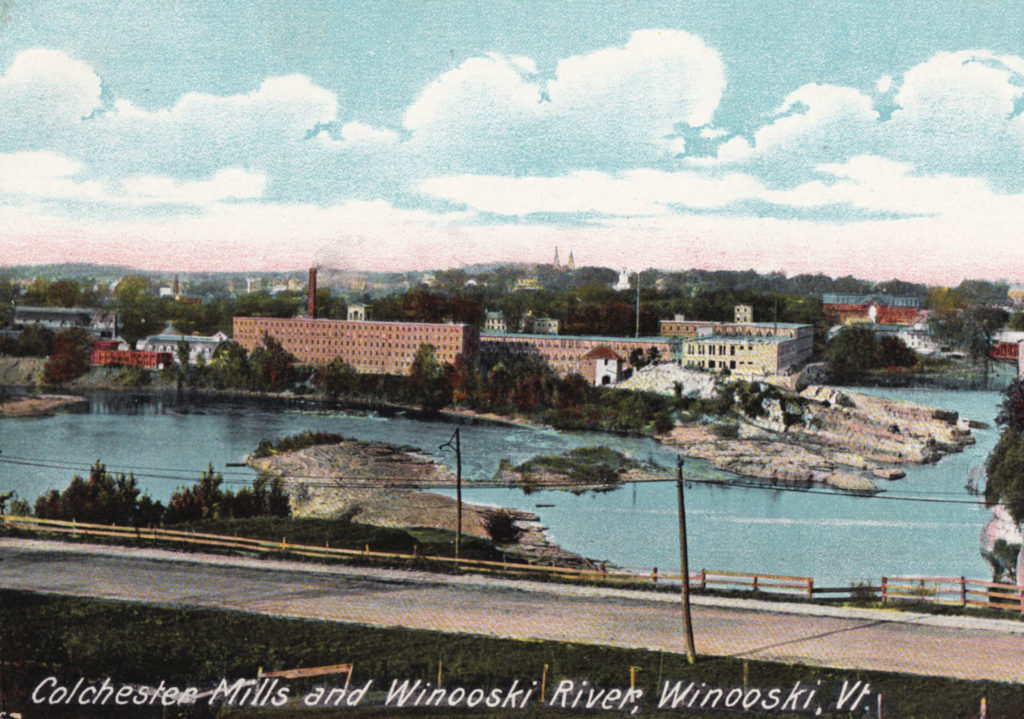 Housing and businesses sprung up on streets clustered  around the falls within easy walking distance of the mills. The 1930 city directory lists thirty-nine markets in one square mile, with family members setting up friendly competition just blocks from each other. Residents remember Winooski as being “like one big family, where everybody knew everybody.” Deeply religious, life for the French Canadians centered on St. Francis Xavier, the “French” church in town. 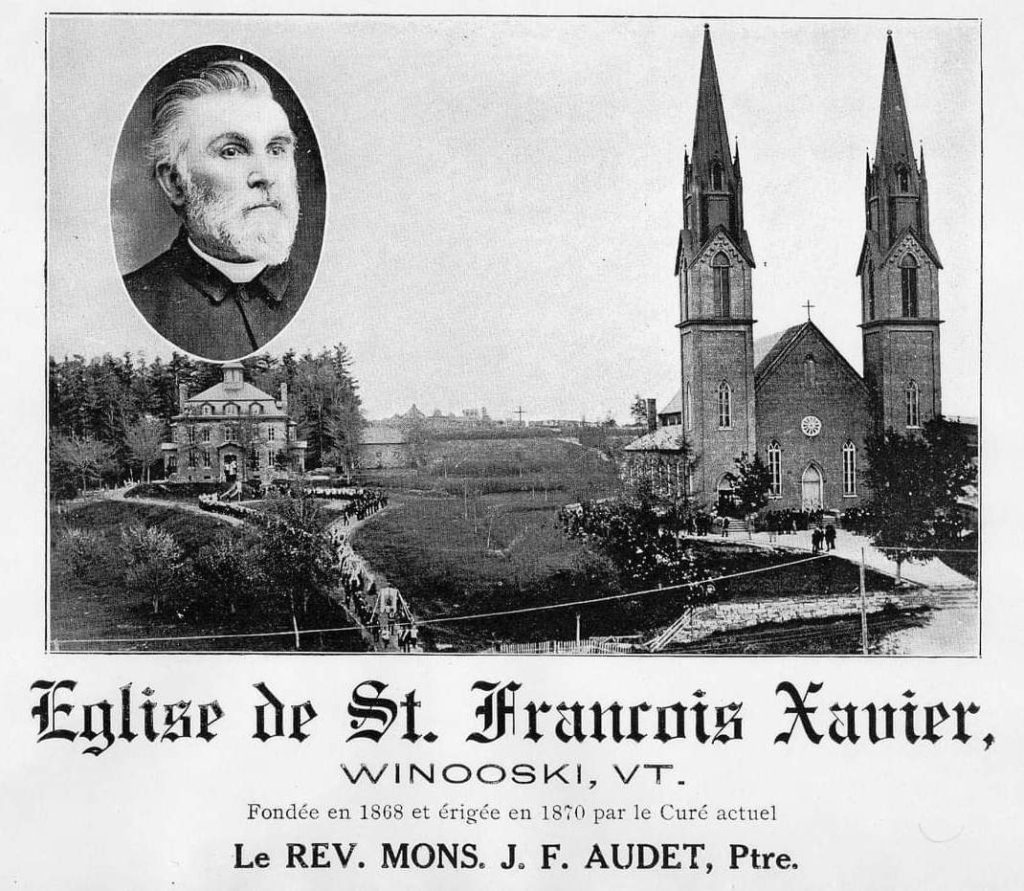