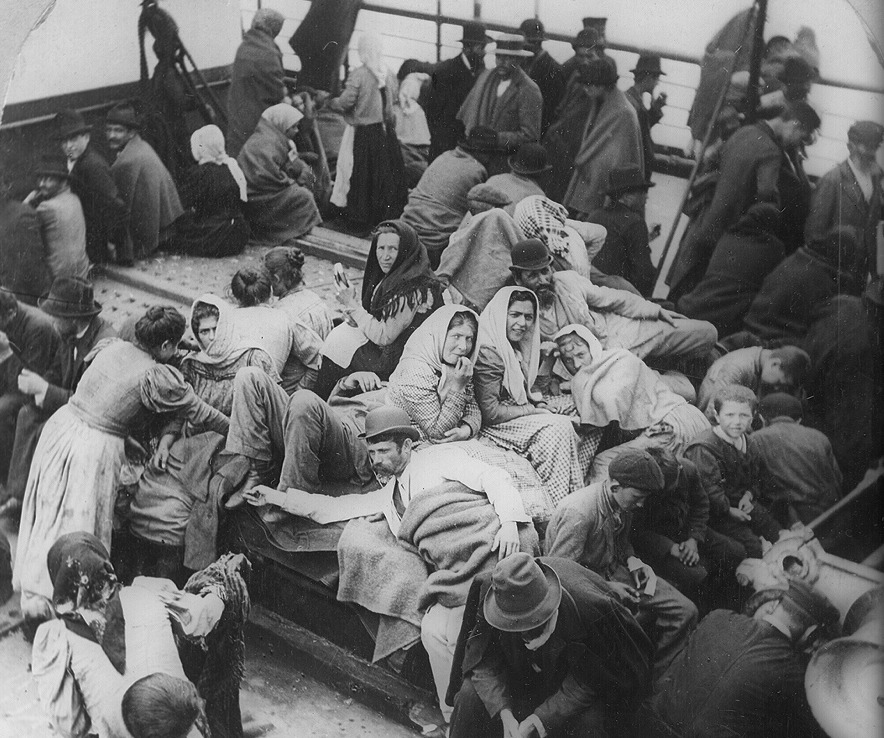 Emigrants coming to the “Land of Promise,” c. 1902. Library of Congress, Prints and Photographs collection

Like many urban centers from the mid-1800s to the early 1900s, Burlington and Winooski welcomed waves of immigrants from eastern and western Europe seeking a better life in America. Some fled religious or political persecution or economic disadvantage; others sought adventure or followed family and friends. In the 1990s, Burlington and Winooski opened their doors to Vietnamese and Bosnian refugees and today Somali, Bhutanese, Sudanese, and Syrian, among many other cultures, call the area home.

While the countries of origin and the particular circumstances that push and pull people to emigrate have changed, the experience is universal. Migration brings loss and opportunity. In their search for economic stability and personal safety, immigrants and refugees leave behind family and friends, traditional social institutions, money and belongings, and an identity rooted in ancestral lands.

The City on the Lake

Burlington’s location on the eastern shore of Lake Champlain and its position as a major railroad terminus fueled a booming lumber industry with mills and wood-related factories springing up along the waterfront beginning in the early 1800s. On the other side of the city, textile mills flourished along the Winooski River.

Immigrants provided critical labor for these industries. Irish and French Canadians arrived beginning in the 1840s to work for the railroads, lumber businesses, and textile mills. Russian, German, Italian, and Lebanese immigrants, along with smaller ethnic groups, followed from the late 1800s into the early decades of the 1900s. Many immigrants who began as laborers sought economic independence by opening their own businesses. Often this meant working as a laborer and running a business at the same time with the help of family members.