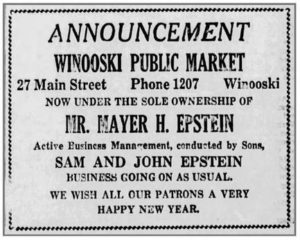 In 1939, Sam Melnick left the business and Mayer handed over management of the store to his sons Sam and John. By then, eldest son, Louis, had opened Lake View Market (1933-1963) on Shelburne Street in Burlington. The daughters had specific jobs—Eva cut and packaged the meat and Sophia delivered to customers and picked up inventory from suppliers like McKenzie’s Meats and Champlain Fruit Company in Burlington. By the 1940s, the shift to self-serve reconfigured the central open space into aisles of canned and dry goods. The store sold fresh, local produce, with “the corn you’ve been waiting for” a highlight. 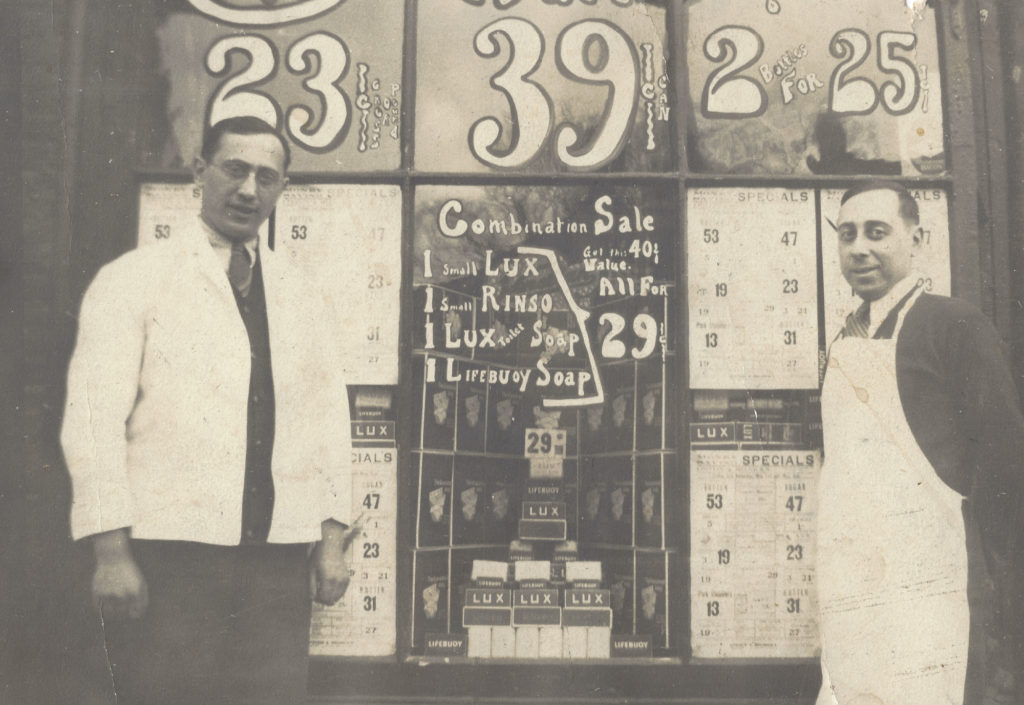 The store carried very few kosher items, a reflection of the small Jewish community in Winooski. For special Passover items for themselves, the Epsteins shopped at Blumenthal’s Market in Burlington. Though observant Jews, they opened the market on the Sabbath—unlike many of the Little Jerusalem markets—but closed on the major Jewish holidays.

As the nature of the grocery business evolved, Epstein & Melnick adapted to remain competitive. Free delivery, the addition of a meat counter, the installation of an illuminated gas pump out front for “autoists,” and entertaining ads scripted by John helped to retain the customer base. 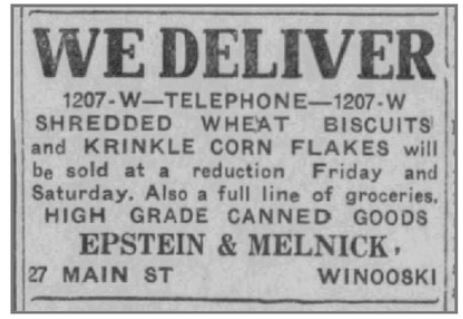